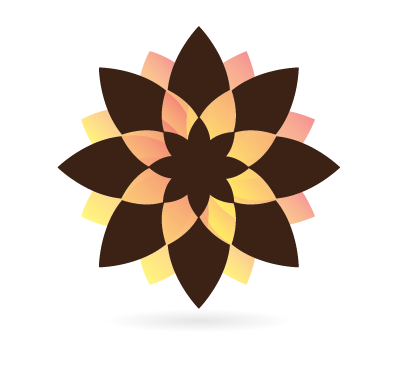 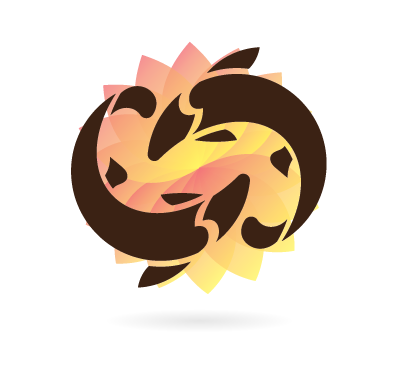 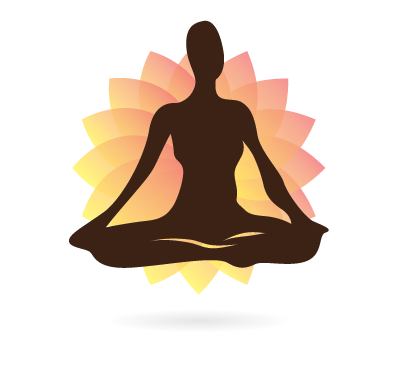 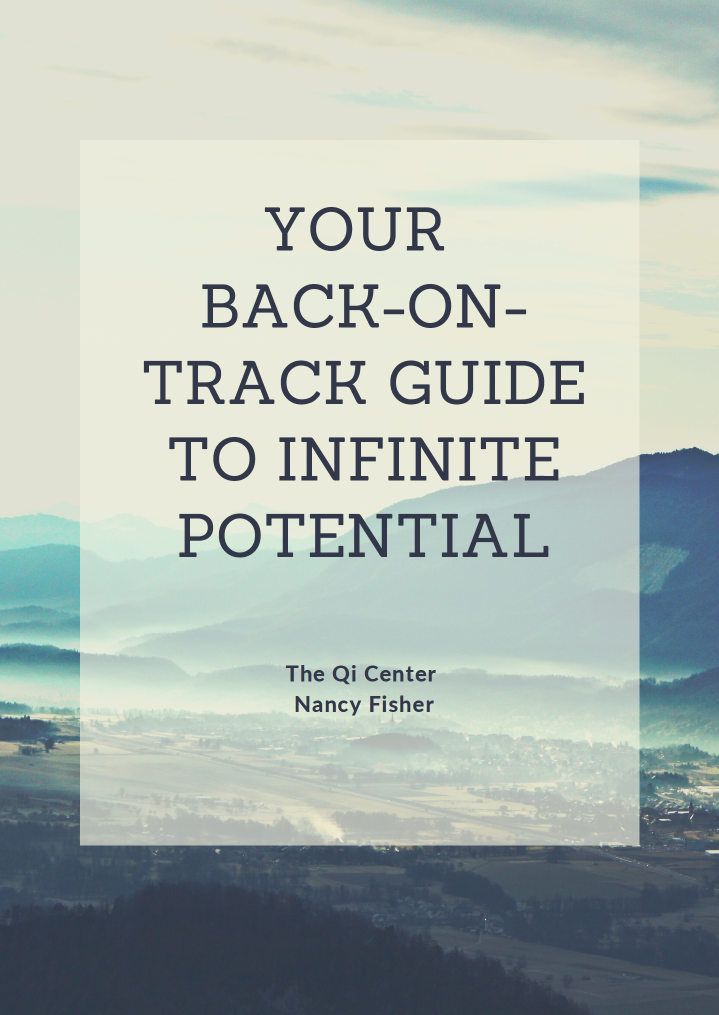 Acupuncture is an ancient, powerful system that restores health and corrects imbalances by using rail-thin, sterile filiform needles applied to specific points on the body. You may perhaps be wondering, ´how on earth are needles even gonna help me heal?´. Read on, because the underlying mechanism is truly fascinating…

Imagine an electrical wire being activated by a metal conductor; when the needle contacts a certain acupuncture point, it ´jump-starts´ this area, facilitating the flow of Qi (pronounced ´chee´) through the body. Qi is most often described as our ´life force´, or ´energy´.

Contrary to what some may imagine, Qi isn’t some mystical vortex of energy, whirling around in our body. Through my own professional experience, I´ve come to find that Qi behaves more aptly as an electrical current – you can consider it as our ´electrical vitality´, if you will.

Where Qi goes, electrical energy flows. It´s this electrical current that maintains your body´s equilibrium. When the body experiences an imbalance, this current, Qi, goes a little ´haywire´. An imbalance indicates that your body and mind could use a boost.

That’s where acupuncture comes in. Acupuncture moves Qi throughout the body, helping it to repair itself. Healing begins and symptoms disappear of their own accord.

Still find this concept kinda on the ´woo-woo´ side? You wouldn’t be the first. If you’re a little skeptical, then it might surprise you to learn that acupuncture actually works on a very tangible, physical level in the body.

In fact, there’s a groundbreaking field that provides a solid, evidence-based explanation behind acupuncture: neuropuncture.

Established by Michael Corradino, neuropuncture is the science of acupuncture and neurophysiology.

So how does neuropuncture work? Let’s say an acupuncturist needles an area on your forearm. Here, the needle triggers neurological tissue located in the dermal and epidermal layers beneath your skin. These nerve fibres send electrical signals to the corresponding spinal segment of the spinal cord. These signals then relay information to relevant neuroreceptors in the brain. These neuroreceptors then stimulate the release of neuropeptides – found in the brain and body – that in turn modulate the central nervous system.

Keep in mind that nerve fibres weave throughout the body and also innervate the organs. When an acupuncturist is treating an organ considered to be imbalanced, they will choose specific acupuncture points that ultimately transmit electrical signals to the correct nerve fibres innervated with that particular organ. These signals modulate, regulate and rehabilitate the organ, restoring it to a balanced state.

Neuropuncture is highly relevant to the treatment of pain, internal medicine, diabetes, carpal tunnel syndrome, and sciatica. It also regulates psychological and emotional burnout, anxiety, depression or other issues. In fact, neuropuncture has been clinically shown to help the central nervous system regulate the neurotransmitters associated with feeling balanced, calm and good overall.

The beauty of this medicine is that its does not define you by your physical condition; you are viewed as a whole, dynamic person. Acupuncture is distinguished by the unique patient-practitioner relationship. You may be surprised to learn that a Western medical diagnosis is actually of little importance to the practitioner when forming an assessment. In fact, two people with an identically named disease may be treated in a different way according to their particular pattern of symptoms and imbalances.

When it comes to my own practice, I formulate a treatment plan after performing a detailed assessment. This involves recording details of your medical and background history, assessing your pulse and developing a holistic overview of any pain or discomfort you may be experiencing.

Acupuncture points are sometimes chosen with the use of moxibustion (an herbal heating method), heating lamps, massage, and cupping (a technique that removes stagnation by the application of cups that create a suction effect). Laser therapy, ear therapy, and exercise may also be applied to improve energy flow and restore the body’s own self-healing powers.

Acupuncture treats the body from an energetic standpoint, producing powerful physical and emotional results. This medicine involves viewing the body as a complex, web-like system of energy that courses through channels, or pathways. These pathways run throughout the body; they are found closer to the surface as well as deeper within.

Recent scientific research indicates that these channels are intricately connected with fascia – a connective tissue that wraps throughout the body and that generates electricity under pressure. Acupuncture has been shown to shift the nervous system from  “fight-or-flight” mode to a “rest and recover” state. When the body is brought back into equilibrium, a range of imbalances can be rectified: muscle pain, digestive difficulty, insomnia, conception challenges, and so much more.

Give yourself an hour to experience the powerful benefits of acupuncture. Schedule here

Aroma Acupoint Therapy (AAT) opens up an entirely new world to those who want to receive the benefits of acupuncture – without needles! This modality is particularly appropriate for young children, the older adult population or the needle-shy.

Essential oils are used as a potent, yet non-invasive treatment option; one or two drops are lightly applied to the acu-point with a finger or cotton swab and held in place for a short amount of time. These oils adjust neuroendocrine functions, eliciting profound energetic changes in the body. AAT can yield amazing, lasting results, such as positive changes in the pulse, affect and facial color. It also relieves physical, emotional and mental symptoms.

I select one or more treatment sequences that typically involve activating three to eight points. You also have the option to receive additional acupuncture (i.e. with regular needling) or to use AAT as a stand alone treatment method.

Traditional Asian Medicine emphasises that the key to health involves understanding the energetics of food and developing healthy eating habits. Nutrition is indeed fundamental to a balanced life!

Pharmaceutical drugs and supplements are often prescribed to resolve health issues. However, relying only on drugs is like slapping a band-aid on top the underlying issue; while pills can offer short-term relief, they don´t provide real, lasting results.

Focusing on the basics of eating can be the secret to healing chronic health conditions. It may sound like a simple solution, but the truth is we each have unique relationships to food that are complex, culturally rooted, and emotional. The art of nutritional counseling involves peeling back the layers to discover the root of the issue, because healing does not occur with the band-aid approach.

I specialize Phyto-Nutritional Counselling. While I understand that life gets busy and eating healthily isn’t always convenient or easy on the wallet, I provide practical guidance on how to eat in a manner that supports your body and is appropriate to your lifestyle.

You’ll learn how to shop and choose the best foods, how to make easy and nutritious recipes and how to supplement your diet with the right whole food phyto-nutrient when needed.

An apple a day isn’t necessarily enough to keep the acupuncturist away! Schedule here to learn all things healthy eating.

I will soon be offering Community Acupuncture in the heart of Nyack! I will open up select hours at my office so that I can comfortably treat 3-4 patients per hour. The idea behind a Community based model is to offer the amazing benefits of acupuncture to more people and at a more affordable rate.

Experiencing sore, stiff and aching muscles? Is there an area of your body that just won’t relax no matter what you try? Have you pulled a muscle or are you struggling with sciatica? Cupping may be the optimal remedy for you.

Cupping is an ancient Chinese technique used to circulate blood and loosen tight muscles. It also works to detoxify the body and improve lymphatic drainage. I use a contemporary method called “sliding cupping.” This involves using specially crafted cups that can easily glide along your body while creating a suction effect. It´s highly effective for relaxing the muscles, fascia and surrounding areas.

Think of sliding cupping as a massage going in reverse – instead of adding pressure and pushing the tissue downwards, the suction effect pulls everything upwards. This allows fresh, oxygenated blood to circulate through tight muscles, stubborn knots and irritated fascia. My lady clients also love how it lessens the look of cellulite when combined with proper exercise and a healthy diet.

Sliding the cup significantly reduces the circular bruising normally associated with stationary cupping. Although it´s perfectly normal and nothing to worry about, most people don’t want to be left with big circular hickey marks on their body! I use massage oil to allow the cups to glide even better on the areas we´re working on. This  ends up feeling like a lovely deep-tissue massage.

There is no pain associated with the bruising and the marks typically go away within 3 – 5 days, if you get any at all. And to be honest, the relief from the cupping is so good that most of my clients don’t mind a little bruising! (Most absolutely LOVE cupping – after their first cupping experience, they request it all the time!)

Sliding cupping can be used as a stand-alone treatment or in addition to acupuncture. When a patient comes in with a stiff neck, a sore back, tight hamstrings or stubborn IT bands, I almost always do sliding cupping on the area to relax it first. By loosening the muscles and fascia beforehand, this calms and desensitizes the area, allowing for gentler needling. After cupping, the area becomes so relaxed that patients are hardly aware of the needles!

Ready to enjoy ´a cup of goodness?´ Thought so… you can schedule right here.

Initial appointments are an hour and a half long. Please arrive ten to fifteen minutes early to fill out paperwork. You can alternatively complete a digital intake form before you arrive.

During the first fifteen to twenty minutes of your appointment, we´ll get to know each other. My office is a safe space where you can freely share your story and ask any questions you may have.

I´ll gather your medical and personal history in order to build a solid treatment plan. You’ll then receive treatment either lying or sitting down for 20 – 60 minutes depending on your needs.

If you need to cancel your appointment, no problem. However, please provide 24 hours notice (no less than 12 hours notice). Otherwise, a strict $20 cancellation charge is issued.

Many insurance plans are accepted. Please contact me to provide insurance information and I will verify if your policy covers acupuncture.

I look forward to welcoming you to The Qi Center – see you soon!

Follow up appointments run about an hour and fifteen minutes long.

For the first ten to fifteen minutes of your appointment, we´ll catch up; you can tell me how you’ve been doing since your last treatment. We will also go over questions and adjust your treatment plan if necessary.

You’ll receive treatment either lying or sitting down for 20 – 60 minutes depending on your needs.

If you need to cancel your appointment, no problem. However, please provide 24 hours notice (no less than 12 hours notice). Otherwise, a strict $20 cancellation charge is issued.

Many insurance plans are accepted. Please contact me to provide insurance information and I will verify if your policy covers acupuncture.

I look forward to welcoming you to The Qi Center – see you soon!

When visiting The Qi Center, you are entering a compassionate, calming, safe environment. When the time is right for you, call 845.416.2328 to set up your complimentary 15 minute consult.

Or check out the Scheduling App